As a section of the Kassel Documentary Film and Video Festival, the DokfestLounge shows an international program of current trends from the field of performative media art and club culture.

In our partnership with the Kassel Documentary Film and Video Festival, image.traffic supports the „DokfestLounge“ by creating the visual identity of the festival section. In the run up of the festival, we create printed advertising materials like flyers, poster and t-shirts as well as a video program trailor and other footage for the numerous screens in the location.
During the festival, we document the audio visual performances and the mood of the nighly party life with photos and videos to spread a daily report in social media like Facebook, Vimeo and Tumblr and to publish short documentation clips of the event after the festival.

Poster and folder design for the DokfestLounge 2014 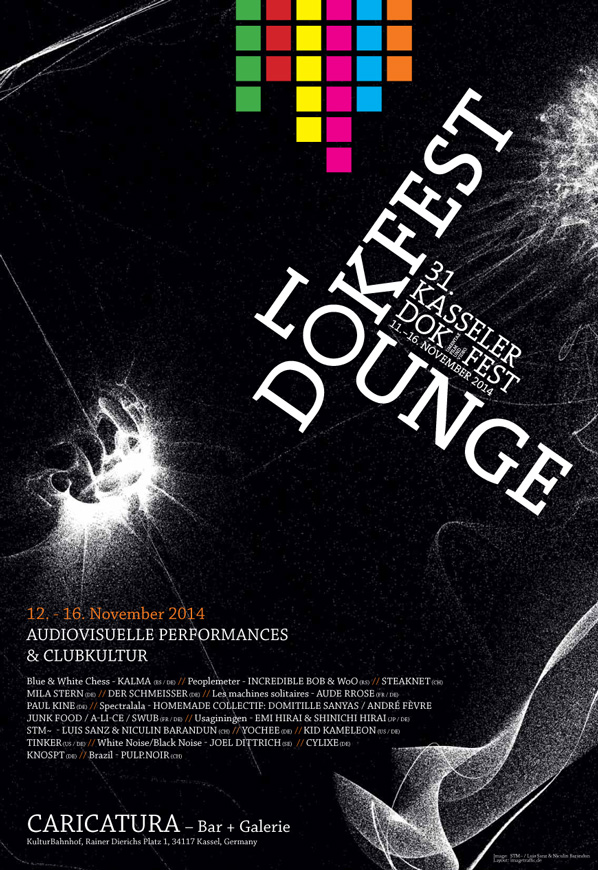 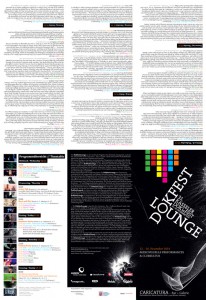 Documentation of the audio visual performances 2013

Video report of the DokfestLounge 2013 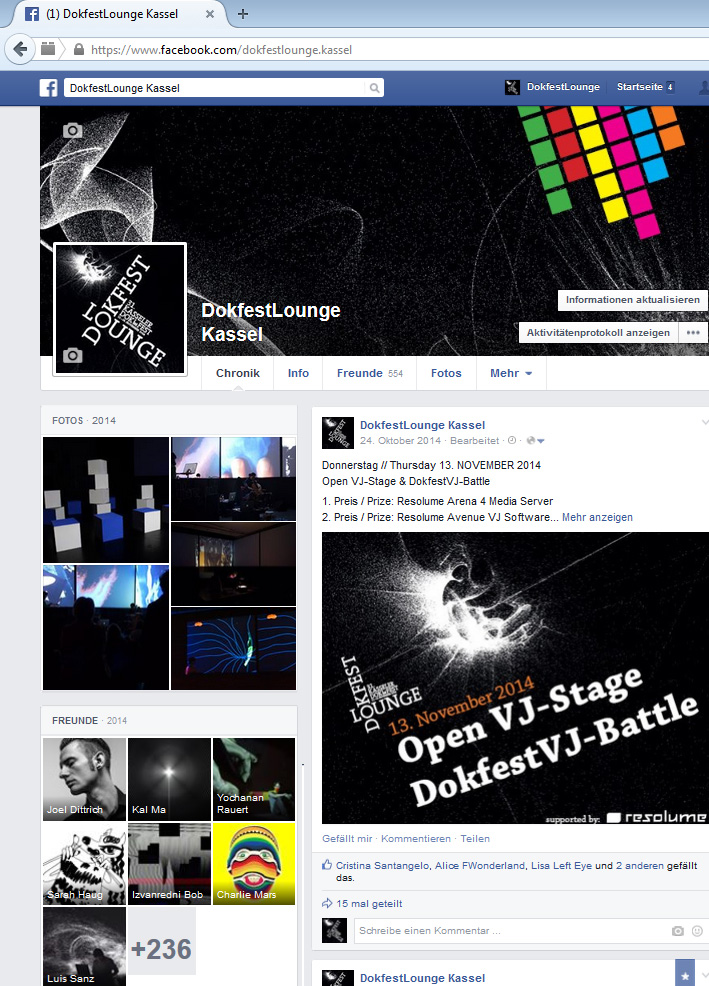 Folder design for the DokfestLounge 2013 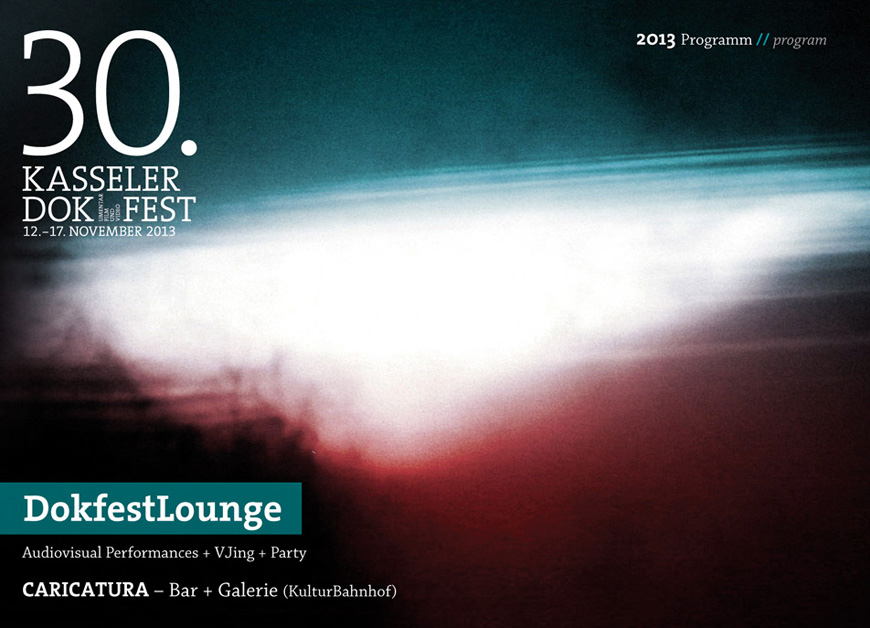 For the short film contest „Nicht ohne mein Händi“ (Not without my smartphone) image.traffic designed the art work for the poster and flyer campaign. The goal was to animate film makers and video artist to create and submit a short film related to the growing disruption by smartphone users in the cinemas. All submitted films have been broadcasted for one year in cinemas throughout Germany. The directors of the best three videos received prize money worth a total of 4.000 €. 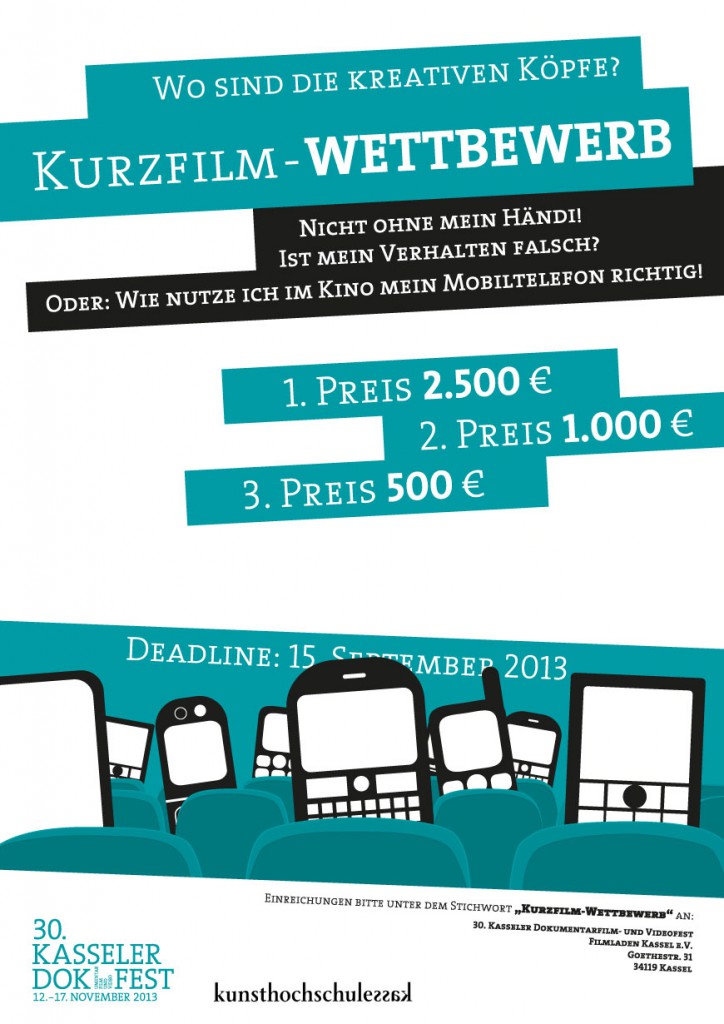 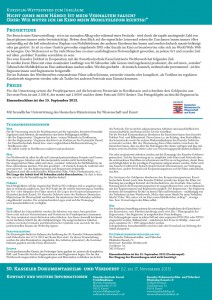